10 Days tour from Tangier in Morocco to Sahara camp 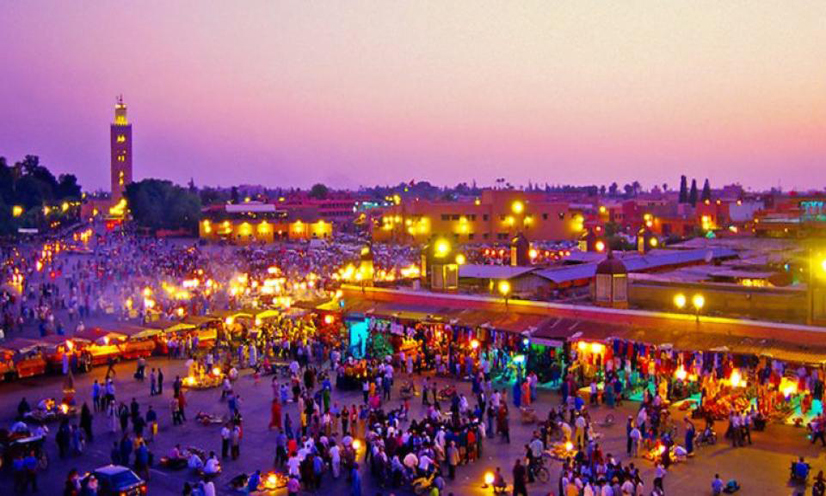 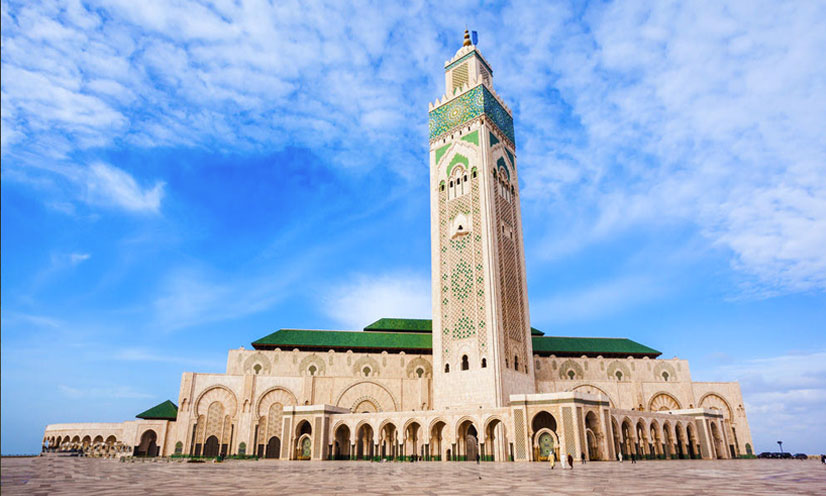 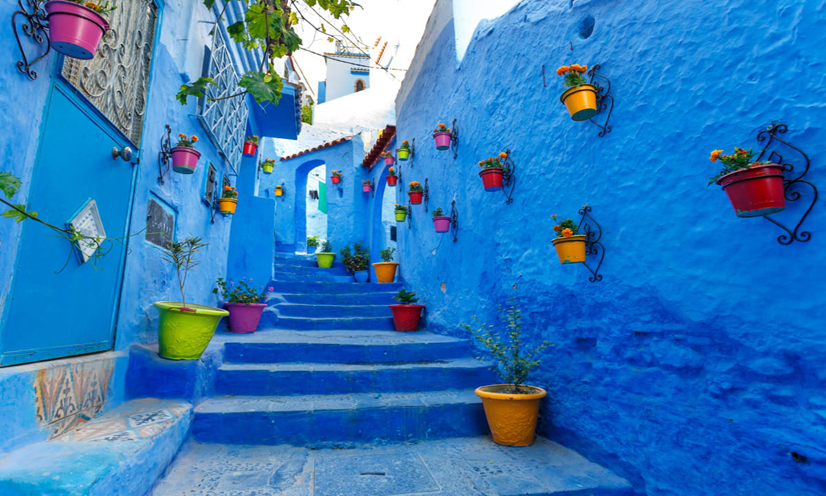 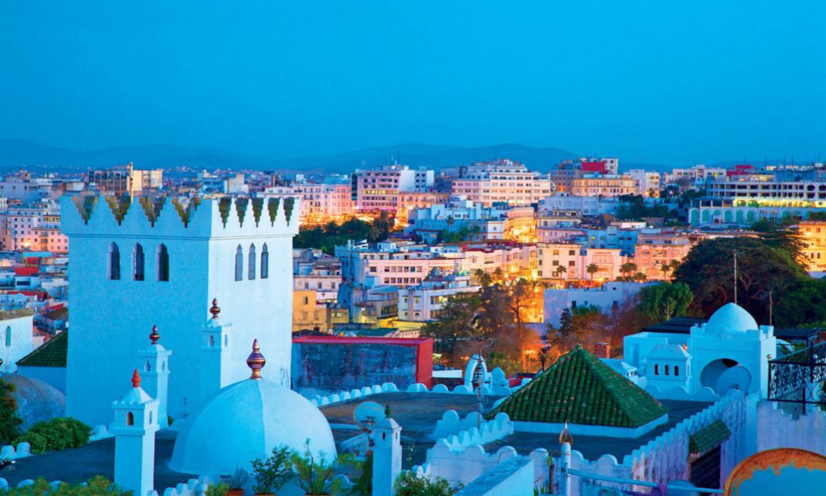 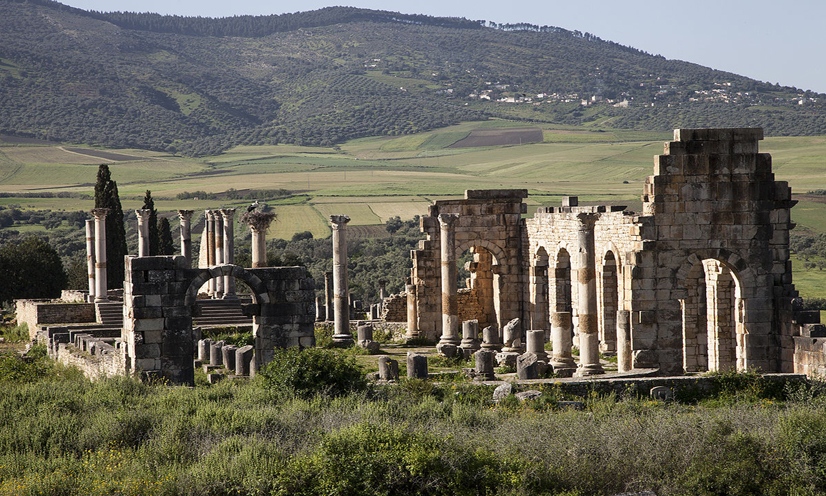 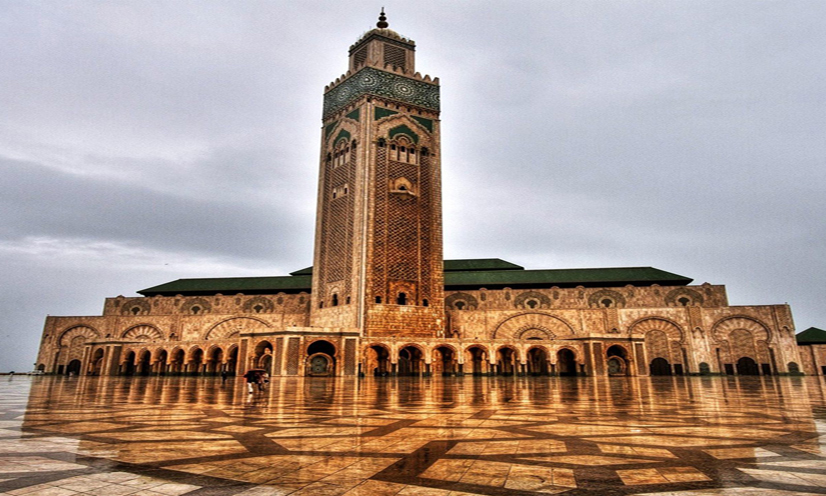 Upon your arrival at tangier ( airport or port / hotel) , our professional staff will pick you up, to start together our 11 days Tour, around some of Morocco’s unique destinations. we will leave Tangier to start our wonderful tour , towards our first destination Tetouan passing by Ceuta or ( Sebta to the locals) , there are some magnificent views to the sea right there, and you may do a hike in Jebel Musa so you can enjoy more the spectacular view. Once arriving at Tetouan a jewel of a town in a striking location at the foot of the Rif Mountains, The ancient medina, a Unesco World Heritage site, looks like it has not changed in several centuries ; you will enjoy a traditional lunch among local people, before continuing our tour passing by the small fishing port of Capo Negro.

Eventually we will arrive at Chefchaouen Beautifully perched beneath the raw peaks of the Rif,  one of the prettiest towns in Morocco, an artsy, blue-washed mountain village that feels like its own world. with its   old medina,  a delight of Moroccan and Andalusian influence with red-tiled roofs, bright-blue buildings and narrow lanes converging on busy Plaza Uta El Hammam and its restored kasbah.

Dinner will be served in the Riad, you will be staying at and, our representative will join you, so he can provide you with all the information about the Tour.

Overnight at a Riad.

After breakfast in the Riad, we are going to leave the unforgettable Chefchaouen towards a special destination, The city of Fes, also known as the scientific city of Morocco because In its heyday, Fes attracted scholars and philosophers, mathematicians and lawyers, astronomers and theologians. Craftsmen built them houses and palaces, kings endowed mosques and medersas (religious schools). On the way we are going to have the opportunity to explore the remote Rif mountains with its hidden valleys,  where we will be able to relax and enjoy lunch in front of some breath-taking views.

Afterwards we are going to continue towards the oldest city of Morocco, the sacred city of Moulay Idriss, where the founder of Islam in Morocco is buried . After a tour in the city and an independent lunch, we will continue towards Volubilis, a world site heritage where the roman ruins exist. we are going to resume our tour towards our next destination, Morocco’s second imperial city “Meknes” , also known as the Ismaili capital, a city founded by it’s architect Sultan Moulay Ismail in the 17th century. Upon arrival you are going to visit the magnificent Bab El Mansour, and Place El Hedim, a local mini-me of Marrakesh’s popular square Djemaa El Fna. also the narrow medina streets and grand buildings .

Eventually we will arrive at Fes, where you will spend the night in a hotel.

After Breakfast, you are going to explore, the historical ramparts of the Medina of Fes . See the historical “Marinid tombs “, visiting “ the Madrasa Bou inania “,and its  excellent museum, with its rich collection of illuminated manuscripts, and ceramics.

Eventually, after an entertaining day, you are going to spend the night in a Riad.

From Fes, we will cross the middle atlas mountain, after breakfast; visiting some impressive places on the way; we will stop by the small city of Ifrane; a blend of the Maroccan and the Europan architecture style. Afterwards we will pass by the beautiful Atlasic city of Azrou covered with its large forests of Cedar trees, along the way till we cross the spectacular mountain pass of Tizi n’Talghamt; to arrive at “Midelt”, the agricultural capital of the moddle Atlas. passing by the spectacular Ziz gorges., we will head out to the magnificent Merzouga via  Erfoud, passing by the spectacular ziz gorges and Errachidia Where you are going to eat a traditional lunch among Berber people and there hospitality

Next we will continue towards merzouga along Ziz Valley, and stopping for what we like to call it ” a worth stop” for the panoramic views along the way.

When arrived to merzouga where you will check in a hotel near the dunes so you can leave all your unecessary gear ; in order to spend the desert adventure in a confortable way.

then will switch to camels, that  will take you through the magnificent world of the sandy dunes of erg Echebbi . In a memorable experience on the top of the camels you will admire the spectacular sunset in the Middle of the Sahara.

Eventually, the camels will take you to our traditional  camp where you will be spending the night under the glowing milky way, after you enjoy a traditional dinner, while listening to a berberine music show, in a friendly.

Waking up between the calm dunes of Erg chebbi,  you will enjoy savor a traditional breakfast, because after that we will undergo  a tour in the surroundings of Merzouga; first thing first you will visit the volcanic site of Yasmina; then will drive through the splendid oases dotted in the middle of the desert, to arrive at the glorious lake of Dayet Serji, a place that attracts flamingo flocks giving the area a great value around the world. Thereupon , we will visit the famousvillage of Khamila; well known by the Gnawa tribes that inhabits it, where you will get to know more about them and, about their unique music ; also you are going to visit some berber families and discover their daily life style.

Eventually, you will get back to the hotel, where you can refresh, take dinner and, relax.

In the morning, before breakfast, it’s recommended to wake-up early so you cannot miss the spectacular sunrise of Merzouga in the middle of the Sahara. Afterwards we are going to ride camels back to the hotel where you can take a relaxing shower and a breakfast before resuming our  tour, for Tinghir and Todra Gorges for lunch. The road passes through Tinejdad and the Todra Valley. This stunning area affords plenty of opportunities to walk, such as along the river through the gardens or up the road on the other side of the gorge.

Eventually, we will stop at Boumalene Dades, where  you will enjoy a traditional dinner and, spend the night at a local hotel.

After breakfast, we will resume our journey through the Dades Valley, towards the beautiful city of kalaat mgouna a city literally covered in roses, a carpet of roses as far as the eye can see, then Ouarzazate also known as ” African Hollywood “, passing through the enjoyable path of the thousand Kasbahs passing by tiny Berber villages where you can take some great pictures.

Next we are going to continue towards Skoura, where you are going to explore the well preserved Kasbah of Ameridil

After lunch in front of the spectacular area, we will continue towards our final location of today passing by interesting places and far reaching views

Simultaneously, we will arrive at Ouarzazate, where  we are going to explore the city that attracted with her unique landscapes, many producers to give it a part in the film,  with her biggest film studios in Morocco. And of course the famous kasbah of taourit.

Next you are going to head out to explore the famous Kasbah of Ait-Ben-Hadou, a world Heritage site, which was a part of many universal films such as “Gladiator” .

Afterwards, you are going  to experience the beauty of atlas mountains via the road of Tizi-n-Tichka the highest road in Morocco with an altitude of 2260m, offering you charming views as far as the eye can admire, valleys, oasis, mountains, and Berber villages.

Eventually, arriving to the red city “Marrakech”, where you are going to stay in a local Riad.

Overnight and dinner in the Riad.

After breakfast at your accommodation, we will prepare for an exciting experience of exploring the magnificent city of Marrakech, our guide will make sure to show you every important places, starting with :

The Majorelle Gardens, previously the Jardin Bou Saf, bears its name from its original creator, Jacques Majorelle, the French expatriate artist who was born in Nancy France in 1886. In 1947 he opened his gardens to the public and during this time also painted a magnificent ceiling space at La Mamounia hotel. Later, French fashion designer Yves Saint-Laurent purchased the gardens. Today the Majorelle Gardens house a unique collection of flora and fauna along with the Berber Museum.

The Rahba Kedima is a colorful market filled with a wide collection of spices from Cumin, Cinnamon, Saffron, Dried Pepper and more. You will inhale different perfumes while walking through the market.

Founded in 1558 by Moulay Abdallah, the Mellah district was designated as the Jewish quarter in Marrakech.

The El Bahia Palace in Marrakech is a beautiful building and a striking example of Eastern Architecture from the 19th century that represents trends and standards of the wealthy life, lived at that time.

Visit the Marrakech  Synagogue in the old medina.

This Quarter was created in the Kasbah area in 1558. The Jewish community enjoyed autonomy even though Jews weren’t allowed to own any property outside the Mellah and controlled the sugar trade. There are approximately 250 Jews still living in Marrakech, and most live outside the Medina.

The Saadian tombs in Marrakech date back from the time of the sultan Ahmad al-Mansur (1578-1603).  The mausoleum comprises the corpses of about sixty members of the Saadi Dynasty that originated in the valley of the Draa River.

Overnight at a Boutique Hotel or Riad in Marrakech.

After breakfast, we are going to resume our tour for special a destination on this journey, “Casablanca “, the commercial capital, and the largest city of Morocco. A blend of moorish style, and European art decoration. Where you are going to visit, the 5th largest mosque in the world, with its world’s tallest minaret. Standing partly over the water. Next we will head over to Rabat.  Where we  visit the famous Mohammed V Mausoleum, Hassan Tower and enjoy a short break at the pretty walled Kasbah of Oudaia.

Dinner and overnight at a Kasbah in Rabat.

After breakfast at the Kasbah , we will leave Rabat and drive through the Rif Mountains to In the afternoon we continue to the town of Asilah, a beautiful white medina, a charming beauty in the north a relaxing, friendly city, where you can  stroll around. Then we will draw back our way to Tangier, our driver will transfer you to  ( your accommodation /airport), based on your flight schedule, where unfortunately our unforgettable experience will end.